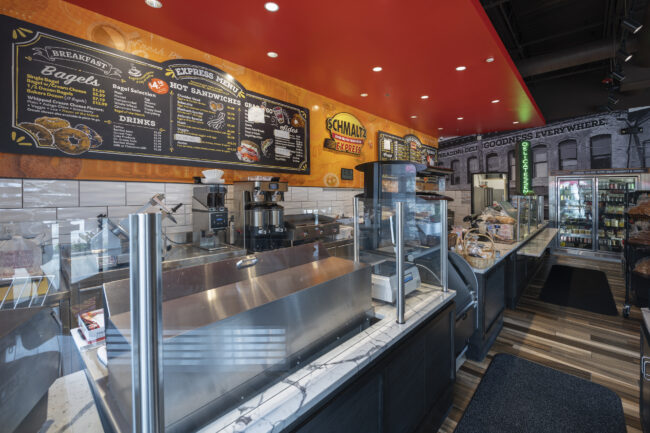 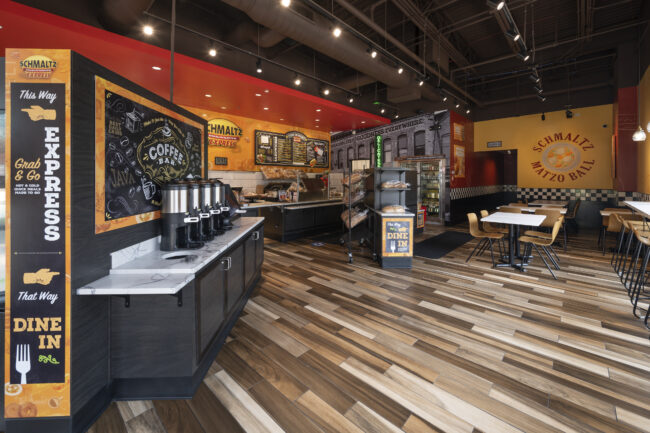 Schmaltz Deli is a neighborhood staple that has been around for over 20 years. As one of the more famous Jewish delis in the Western suburbs of Chicago, Schmaltz Deli has always been top rated, and top of mind for a fantastic dish.

After having outgrown their Naperville location, it came time to expand their business. We came up with a restaurant concept and structured it in a way that captured all the commuter traffic going in. The owners really wanted something that they could call their own, with their own building that cherishes their own identity. We followed the grab and go concept and built it with the busy commuter in mind.